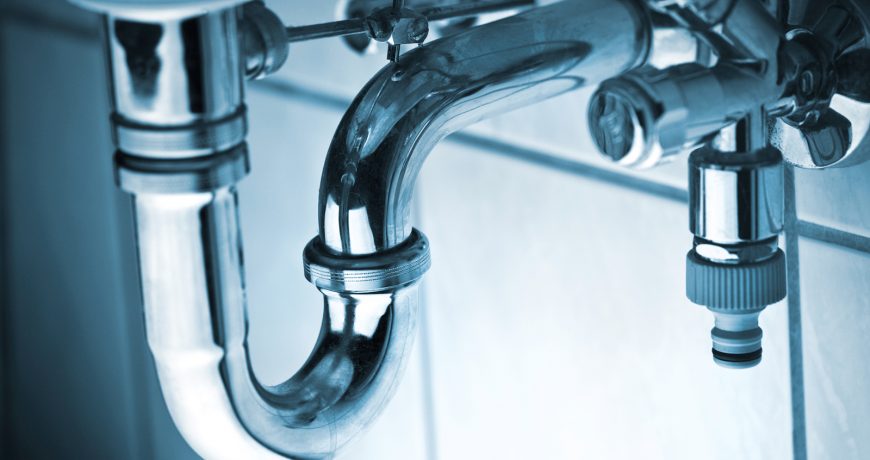 From traditional pillar taps to state-of-the-art single lever mixers, the variety of design styles on the market ensures there is a tap to suit every style of décor.

Design styles and finishes
Taps are the hardest working pieces of equipment in the bathroom and should be a primary consideration from the outset of a project.

As well as delivering water to the basin or bath, they reflect light around the bathroom acting as design highlights within the space. Therefore your choice of tap design and location will influence the final look of your bathroom.

Taps are now available in a host of styles. From modern sculptural mixers designed to complement pure, minimalist spaces, to classic styles designed to enhance traditional and period style rooms.

Chrome is the most popular finish due to its ability to work with all styles of interior. It is easy to clean and its reflective qualities bring light into the bathroom environment.

Matching taps to sanitaryware
Choose the right model to match your basin. Sanitaryware comes in a exhaustive range of design styles, shapes and sizes, so check that the basin and the tap complement one another.

Many basins come pre-drilled with a set number of holes. If the basin has three holes, then you will need a three-hole basin mixer.

Vessel basins sit on the surface of a unit or shelf and will require a tap with a high spout, or a wall-mounted tap where the spout reaches to the centre of the basin.

What should I look for?
Look out for a solid metal tap body, ceramic discs in the cartridge and a deep plated finish. A quality tap will last a lifetime so choose a design with timeless appeal.

It is false economy to buy a cheap tap, as you will only have to replace it in a few years time. If your budget is tight, try and save money elsewhere in the bathroom.

Safety and water-saving features
Temperature limiters allow you to set a maximum water temperature via an internal mechanism – this should be done at the time of installation. They save energy and are a benefit if you are planning a bathroom to be used by children or the elderly.

To save water, replace the mousseur at the end of the tap’s spout for one that restricts the flow. Not all manufacturers offer flow restrictors, so check before you buy your tap.

Whether authentic, contemporary or cosmopolitan, it is not only the design of your tap that will influence the look of your bathroom. The choice of mounting options and typologies plays a key role in terms of functionality and looks.

Single-lever mixer taps
Also referred to as monobloc taps, single-lever mixers are designed for installation in a single hole in the basin surround. They feature a lever handle mounted on the top or the side of the tap to control both the water temperature and flow. The hot and cold water is then mixed in an internal cartridge before it reaches the spout. Choose a tap with ceramic discs and a wide operating angle, for smooth and precise control.

Two-handle mixer taps
Like single-lever mixers, two-handle taps are installed in a single hole in the basin rim. They feature independent controls for the hot and cold water supplies.

Three-hole taps
Featuring individual controls for the hot and cold water, three-hole taps deliver the mixed water via a central spout. Available in a variety of designs, this style works well in both contemporary and traditional settings.

Pillar taps
Due to their authentic look, pillar taps are often chosen for traditional settings. They deliver the hot and cold water supplies independent of one another.

For many people the sole function of a bath tap is to fill the bath. Others will require a tap that can also control an over-bath shower (bath/shower mixers), allowing the user to divert the water between the bath tap and the shower.

Combined bath/shower mixers
Available with or without a thermostat, bath/shower mixers are the simplest way of showering over the bath. They can either be exposed or built-in. A diverter valve allows the user to switch between bath filling and showering. For safety and comfort it is always best to choose a model with a thermostat.

Deck-mounted combinations
These are designed to be mounted either on the rim of the bath or a tiled bath surround – ensure you choose the right product according to your situation. For the latter the spout needs to reach over the edge of the bath.
Available in three-hole, four-hole and five-hole typologies, they combine a bath spout and a handshower. One or two handles or levers control the water and a diverter enables you to switch between the shower and the bath.

Integrated bath fillers
These are mounted inside the bath and act as a water inlet, overflow and pop-up waste control.

Floor-mounted bath taps
Created for use with freestanding baths, floor-mounted taps feature pipe work from the floor in the same style and finish as the tap itself. Many models are supplemented with a handshower. 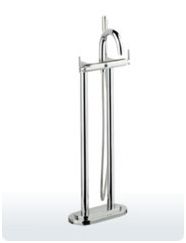